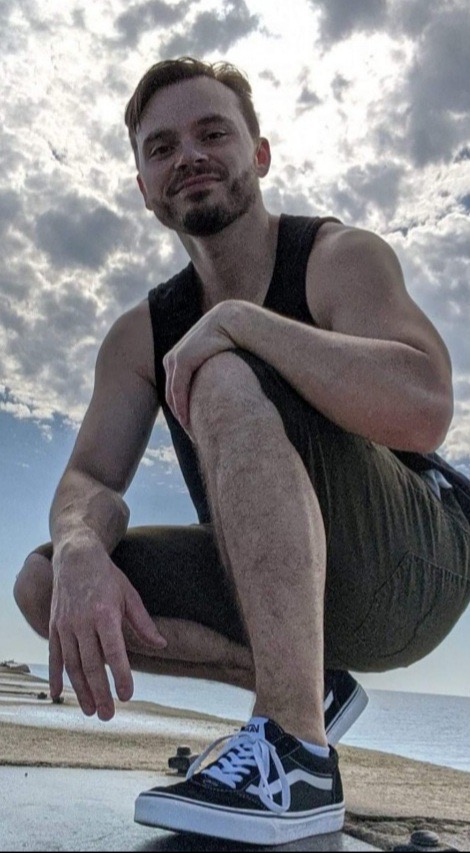 On May 11 2022, Torrance Colt Baker age 35, passed away peacefully in his mother’s arms and surrounded by loving family. He began his life journey on August 8th, 1986 in Sheboygan WI to Charles and Candice Grube Baker.

Torrance loved animals, most especially his little french bulldog Doug. He had a passion for fitness, gaming, spending time outdoors, and having a laugh with his loved ones. Torrance had a kind heart and a carefree personality.

He was very talented with computers and went to college for computer science, he graduated from Sheboygan North High School in 2004. Torrance was known as a hard worker and was very skilled at anything he set his mind to, most especially within his position as a line lead at Master’s Gallery.

If you were to ask anyone what Torrance’s favorite activity was, they would tell you it was spending time with his son Amias. Torrance and Larissa Champeau had the immense joy of bringing Amias Graves Baker into the world in January 2019.  Torrance was a proud father and enjoyed taking his 3-year-old son to the park.

He was very close with his family. Torr enjoyed getting together socially to spend time with the Baker tribe and his best friend’s Larissa and Brian Deruyter.

He is survived by his son Amias Graves Baker, his parents Charles and Candice, his siblings Angela Leiterman, Nicole (Marco) Avina, and Charles Baker Jr. He is further survived by nephews Austin, Cristian, Isaac, Kaleb, great nephew Antonio as well as nieces Aryanna, Alixandria, Jazlyn (God-daughter), and Oceanna. Torrance is also survived by his Grandmother Eunice Baker as well as many Aunts, Uncles, Cousins, and friends.

He was preceeded in death by his twin sister in the womb, Grandparents Kenneth and Lois Grube, Grandfather Bruce Baker, and his aunt Debbie Volm.

Torrance always had a way of making people laugh, Torr had a smile on his face to the end. Cancer did not define him. That’s the warrior he was, Skelletorr. We all have felt the deep loss of such a great father, son, brother, uncle, and friend

Special thank you to James Passmore, Kelly Dawson (Sharon Richardson) and The Sheboygan Cancer Society. To the Sheboygan community we can’t thank you enough for your continuous support through donations, benefits, and emotional encouragement to him and our family. It will never be forgotten.

The remembrance service is open to all and will be held to share happy memories of Torrance. Visitation will begin on May 21st at 11:00am at Christian Life Church, 300 Rustic Street, Plymouth, WI 53073. His family will be there to welcome people as they come. Torrance would love for everyone to come dressed in his favorite colors green or purple.

Following the service, the continued celebration of Torrance will be held at George Michael’s (GM’s) 513 North 8th street, Sheboygan WI 53081. He wanted all to enjoy his favorite food and drinks shared over stories of laughter. Torrance cared about the environment and his wishes were to be returned to the earth in a green burial, which will be private to the family on a future date.

A virtual memorial fund will be set up in his son’s name per Torrance’s request. Until then donations may be made out to “Amias Graves Baker” and sent to Amias’s Godmother Nicole Avina, at 1130 North 26th St, Sheboygan WI 53081.

Offer Condolence for the family of Torrance Colt Baker

When a death occurs a lot of emotions can come to the surface and confuse clear thought. Normal END_OF_DOCUMENT_TOKEN_TO_BE_REPLACED

Funeral and Cremation costs can be very confusing.  Often times other funeral & cremation providers will quote what seems like a low price, but actually they do not give you the complete costs and there will be hidden add on charges after you have chosen to utilize their services.  We have made it easier to understand by creating our: "No Hidden Fee Guarantee" package plans. These plans may include : Service Fees Merchandise Cemetery / Crematory Fees Cash Advances Taxes We guarantee that the price we give you over the phone or you see on this site, will be the price END_OF_DOCUMENT_TOKEN_TO_BE_REPLACED