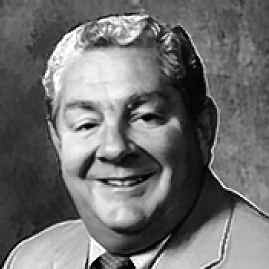 William P. “Bill” Bullis, 79, of Naperville passed away Wednesday morning due to complications of diabetes. Bill was a devout Catholic. He served his country in the Korean War as a Sergeant in the Marine Corp. Bill was an avid sportsman and sports fan. His hobbies including reading, golf and music. His witty humor and contagious personality will be greatly missed. He is a beloved husband to the late Patricia. He is survived by his children, Paula (Jeff) Moore, Martin (Sue) Bullis, Patrick Bullis and Anthony Bullis; his grandchildren, Jacob Moore, Kyle Moore, David Moore, Alivia Bullis, Lauren Bullis and Joseph Bullis. In lieu of flowers, please send donations to the American Diabetes Association

Offer Condolence for the family of William Bullis

When a death occurs a lot of emotions can come to the surface and confuse clear thought. Normal END_OF_DOCUMENT_TOKEN_TO_BE_REPLACED

Funeral and Cremation costs can be very confusing.  Often times other funeral & cremation providers will quote what seems like a low price, but actually they do not give you the complete costs and there will be hidden add on charges after you have chosen to utilize their services.  We have made it easier to understand by creating our: "No Hidden Fee Guarantee" package plans. These plans may include : Service Fees Merchandise Cemetery / Crematory Fees Cash Advances Taxes We guarantee that the price we give you over the phone or you see on this site, will be the price END_OF_DOCUMENT_TOKEN_TO_BE_REPLACED