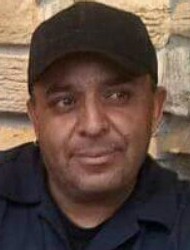 Pedro Tinoco age 50 born in Tototlan, Jalisco, Mexico on June 6, 1966 to Manuel G.Tinoco and Maria Tinoco. Pedro passed away peacefully on Saturday, February 4, 2017 in his home that he loved in Berwyn, Illinois.

Pedro will be remembered as a great son, brother, father and uncle. His fondness for repairing and towing cars and being loyal to all those that knew him. Pedro will be greatly missed by his family and friends.

Offer Condolence for the family of Pedro Tinoco

When a death occurs a lot of emotions can come to the surface and confuse clear thought. Normal END_OF_DOCUMENT_TOKEN_TO_BE_REPLACED

Funeral and Cremation costs can be very confusing.  Often times other funeral & cremation providers will quote what seems like a low price, but actually they do not give you the complete costs and there will be hidden add on charges after you have chosen to utilize their services.  We have made it easier to understand by creating our: "No Hidden Fee Guarantee" package plans. These plans may include : Service Fees Merchandise Cemetery / Crematory Fees Cash Advances Taxes We guarantee that the price we give you over the phone or you see on this site, will be the price END_OF_DOCUMENT_TOKEN_TO_BE_REPLACED