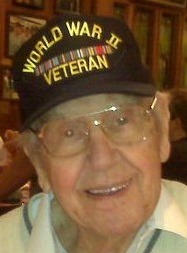 Marvin was a graduate of Fenger High School in Chicago and retired from Republic Steel Corporation as a Mechanical Draftsman.  He served as an Adult leader in the Boy Scouts of America, Troop 710, and was a member of the Boy Scouts of America Round Table, Chicago Calumet Chapter.  As a lifetime member of the Reformed Church of America, he served as Deacon, Elder, Sunday School Teacher, and faithful member of the choir for many years. PFC Marvin R. Kuyper served in the European Theatre – Day 7 of the Invasion of Normandy and received three battle stars. Funeral services were held on Tuesday, October 18, 2011 at Thorn Creek Reformed Church, South Holland, IL, Rev. Tom Archer Officiant. Burial was at Abraham Lincoln National Cemetery, Elwood, IL.

Offer Condolence for the family of Marvin R. Kuyper

When a death occurs a lot of emotions can come to the surface and confuse clear thought. Normal END_OF_DOCUMENT_TOKEN_TO_BE_REPLACED

Funeral and Cremation costs can be very confusing.  Often times other funeral & cremation providers will quote what seems like a low price, but actually they do not give you the complete costs and there will be hidden add on charges after you have chosen to utilize their services.  We have made it easier to understand by creating our: "No Hidden Fee Guarantee" package plans. These plans may include : Service Fees Merchandise Cemetery / Crematory Fees Cash Advances Taxes We guarantee that the price we give you over the phone or you see on this site, will be the price END_OF_DOCUMENT_TOKEN_TO_BE_REPLACED