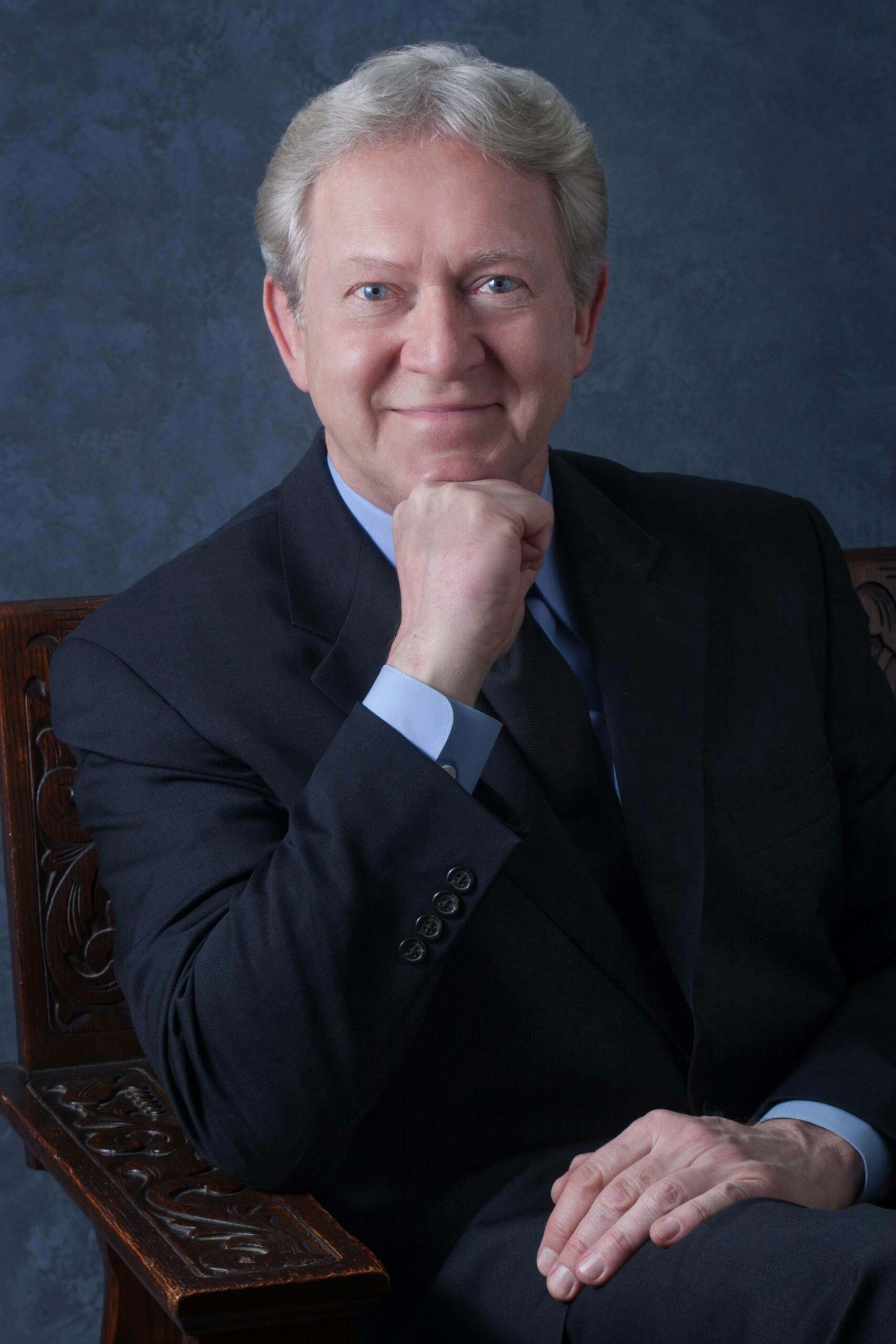 Leonard Kniffel, former publishing executive for the American Library Association in Chicago, died March 19, 2021 of Pancreatic Cancer. Born in Mt. Clemens, Michigan on August 25, 1947, Kniffel was a librarian, journalist, and the author of A Polish Son in the Motherland: An American’s Journey Home, a travel memoir published in 2005 by Texas A&M University Press, Reading with the Stars: A Celebration of Books and Libraries, published in 2011 by Skyhorse Publishing and ALA Editions, Musicals on the Silver Screen published in 2013 by Huron Street Press, and two memoirs titled Busia: Seasons on the Farm with My Polish Grandmother and Busia: School Days on the Farm with my Polish Grandmother.

Kniffel grew up in rural Michigan and attended Armada Area Schools, from kindergarten through high school. He moved to Detroit after graduating from Oakland University in 1970 and began working as a page at the Detroit Public Library while earning master’s degrees in English and in Library Science at Wayne State University. While working in the library’s language and literature department, he became active in the local literary scene and established his own small publishing operation, the Fallen Angel Press, publishing some dozen poetry chapbooks from 1974 to 1982:

No Closed Parentheses by Michael Scott-Burke 1974 (handset on letterpress)

As a librarian, Kniffel was active in programming and outreach to the public. He reviewed books for Library Journal and wrote articles about books for local newspapers and magazines. He was one of the founders of the Poetry Resource Center (PRC) of Michigan and an organizer of the annual Michigan Poetry Festival and editor of the PRC Newsletter. At the same time he became involved in historic preservation, photography, and video. “I was strictly an amateur, and my first movie camera was soundless,” he once said, “but I had all sorts of ideas, and we used to make short movies on a super-8 camera and then drop the needle on a record and play music to coincide with the action of the film–early versions of music videos.”

In 1988, Kniffel joined the staff of American Libraries, the flagship magazine of the American Library Association in Chicago, becoming managing editor in 1989 and editor-in-chief from 1996 to 2011. “I took a sabbatical leave in 2000 to write my first book, and I came back to work ready for change. The whole publishing industry was in turmoil, and I felt that we simply were trying to hang on to our old business models. It wasn’t working. During the first decade of the new millennium, change was so rapid it scared a lot of people, but I decided it was change or die.” On his watch, the magazine established a vibrant website, an online library career center called “ALA JobLIST: Jobs in Library and Information Science and Technology,” a weekly electronic newsletter called American Libraries Direct, a video operation, and a web-first publishing model in response to the declining advertising base for print.

As editor-in-chief and publisher of American Libraries, Kniffel wrote numerous news reports, feature articles, and editorials on issues ranging from censorship to public service. He also published many photographs in the magazine, among those that raised eyebrows was a 1992 cover photo of members the American Library Association’s Gay and Lesbian Task Force marching in the Gay Pride Parade in San Francisco, which some found “disgusting.”

He blogged for the American Library Association (americanlibrariesmagazine.org) and independently at Polish Son (polishson.com). Learning about the Polish Diaspora became his major focus in later years. “After my first book came out, I met a lot of Polish Americans who were frustrated by the way their history and culture was perceived in America, and we all decided it was up to us to change it.” To that end, Kniffel became involved in the formation of the Polish American Librarians Association and the Jan Karski Educational Foundation. He was part of the effort to secure the Presidential Medal of Freedom for Karski, and he was at the White House when President Obama presented the award posthumously in 2011.

Kniffel was creator and publisher of the American Library Association’s “@ your library” public awareness website (www.atyourlibrary.org). Reading with the Stars: A Celebration of Books and Libraries, featured interviews he has conducted over ten years with such luminous library advocates as President Barack Obama, entertainers Julie Andrews and Jamie Lee Curtis, Microsoft founder Bill Gates, First Lady Laura Bush, and basketball legend Kareem Abdul-Jabbar. Before coming to the American Library Association, he worked as a librarian for 18 years at the Detroit Public Library and has traveled extensively as a journalist and ambassador for reading by reporting on the annual conferences of the International Federation of Library Associations and Institutions.

“One of the things I’m proudest of,” he said is Loss and Recovery, a video documentary he produced of librarians who witnessed the horror of 9/11. After that experience, “I traveled to many parts of the world to try to understand what librarians and archivists faced in trying to preserve the historical record.” Kniffel traveled to Iran, but he and scholar Jeremy Stone were held at the airport and deported, despite the efforts of Iranian colleagues to allow them to attend the opening of the new national library in Tehran. The New York Times reported that following the incident Stone suspended his own five-year effort to build bridges between the two countries. Leonard traveled at the invitation of the U.S. State Department to Pakistan, where he spoke with librarians and officials about the importance of libraries. He covered the annual conferences of the International Federation of Library Associations and Institutions (known as IFLA) for over 20 years, including the momentous IFLA conference in Moscow in 1991 during the coup d’etat that marked the end of communism in the Soviet Union. He spent a two-month period in France and Poland in 2011 writing another memoir that explores the historical connections between those two countries, following the route of Napoleon on his historic march into Russia. He was working on a book about the Polish-French connection at the time of his death.

In 2011 he became a member of the Jan Karski Centennial Campaign steering committee, which led to the formation of the Jan Karski Educational Foundation. “As I began to understand the distorted history of Poland that resulted from its occupation by the Soviet Union after World War II, it became more and more important to me to set the record straight. Growing up Polish in America after the war meant renouncing our heritage, and since I was raised by my Polish grandmother, I have spent the latter part of my life trying to understand what really happened during the Holocaust and to help in some small way to make sure the stories were told and the truth known.”

Kniffel leaves his life partner of almost 43 years, Carlon B. Walker, along with dozens of treasured cousins, as well as many friends and relatives in the U.S.A., Poland, England, and elsewhere around the world. He supported many charitable and educational institutions. Gifts in his name may be sent to the American Library Association, the Jan Karski Educational Foundation, the Polish American Librarians Association, the National Trust for Historic Preservation, the Polish Museum of America, Habitat for Humanity, the Hamtramck Historical Museum, Paralyzed Veterans of America, St. Jude Children’s Research Hospital, and to St. Stanislaus Kostka Parish in Chicago or St. Florian Parish in Hamtramck, Michigan.

A gathering to celebrate the life of Leonard Kniffel will be held in the future after COVID-19 is no longer a great concern.

Offer Condolence for the family of Leonard J. Kniffel

When a death occurs a lot of emotions can come to the surface and confuse clear thought. Normal END_OF_DOCUMENT_TOKEN_TO_BE_REPLACED

Funeral and Cremation costs can be very confusing.  Often times other funeral & cremation providers will quote what seems like a low price, but actually they do not give you the complete costs and there will be hidden add on charges after you have chosen to utilize their services.  We have made it easier to understand by creating our: "No Hidden Fee Guarantee" package plans. These plans may include : Service Fees Merchandise Cemetery / Crematory Fees Cash Advances Taxes We guarantee that the price we give you over the phone or you see on this site, will be the price END_OF_DOCUMENT_TOKEN_TO_BE_REPLACED