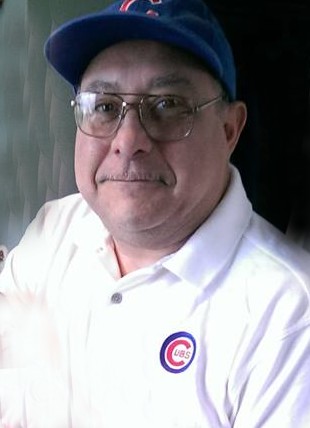 On Tuesday, August 14 2018, Leon Paz, Jr. left us in body, but not in spirit. He is survived by his wife Susan, children Leon, Carlos and Rosalie, mother Aurora, Sister Guadalupe, nine grandchildren, and extended family. He will also be remembered by countless others as he was a father figure, mentor, friend, and compadre to so many more.  He was a warrior for justice and fought hard on numerous campaigns. His dedication was contagious and inspiring. Leon Paz was a very private and respectful man—especially in times of tragedy. He touched and inspired many lives.

Leon Paz Jr. left this world surrounded by family and friends, which is how he lived his life. He was a loving son, brother, father, godfather, grandfather, and friend to many people. Leon held a handful of jobs during his career, but they were simply a means to an end. His real passion was his family and his friends. He was an avid camper, exceptional cook, political activist, church volunteer, gardener, and a die-hard Chicago Cubs fan. The impact on people who knew him will be felt for many generations to come. To say that he will be missed is an understatement.

Many have asked for a way in which they can help the family during this tough time, they have created this Go Fund Me page as an avenue for those who wish to give in his honor and legacy, especially those who cannot attend his services.

Offer Condolence for the family of Leon Paz

When a death occurs a lot of emotions can come to the surface and confuse clear thought. Normal END_OF_DOCUMENT_TOKEN_TO_BE_REPLACED

Funeral and Cremation costs can be very confusing.  Often times other funeral & cremation providers will quote what seems like a low price, but actually they do not give you the complete costs and there will be hidden add on charges after you have chosen to utilize their services.  We have made it easier to understand by creating our: "No Hidden Fee Guarantee" package plans. These plans may include : Service Fees Merchandise Cemetery / Crematory Fees Cash Advances Taxes We guarantee that the price we give you over the phone or you see on this site, will be the price END_OF_DOCUMENT_TOKEN_TO_BE_REPLACED