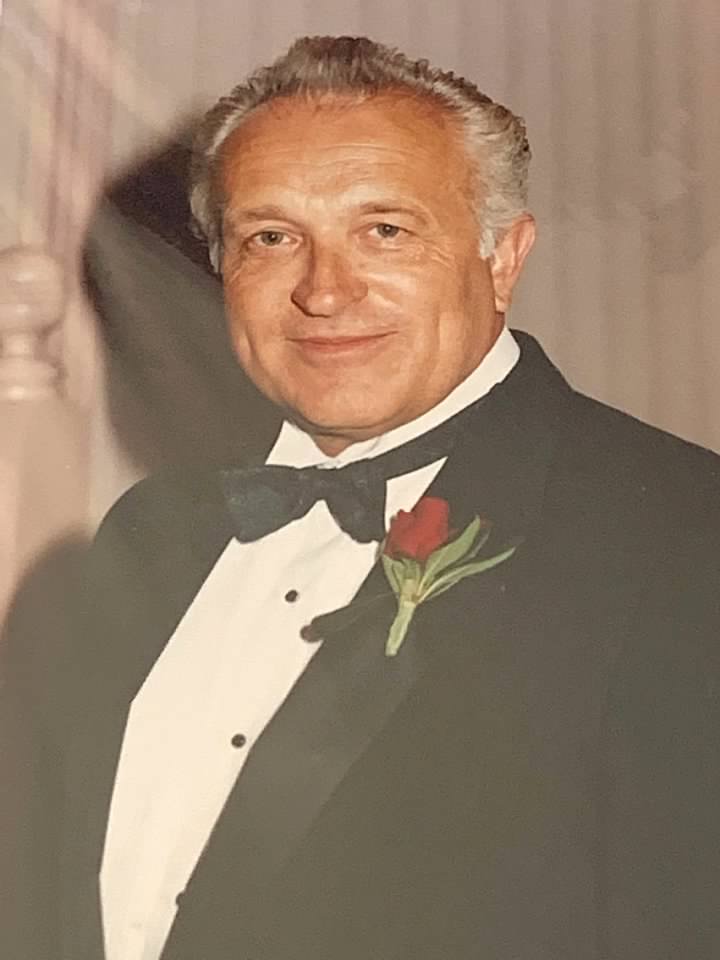 Joseph J. Cholewa passed from this world on August 24, 2022. In his life Joe lived many roles – from refugee to successful businessman, from immigrant to soccer player, from son to husband to grandfather. Joe was a gracious host, an excellent dancer, and shot a solid game of pool. He built things and with his skills and sensibilities brought beauty to his projects. He had an artist’s eye for metal work. He enjoyed life. When the time came, he faced death with courage and curiosity.

Born in a farming community in Gorka, Poland in 1935, Joe said his earliest memories were of their family’s home, the nicest house in the village. But the next memories were of the Nazi invasion in the late 1930s when he was still a small child. He didn’t talk about it much for most of his life but later shared stories of forced labor, running from flames, hiding from dropped bombs in open fields, and seeing his parents rounded up, marched off, and not knowing if he would see them again.

The war ended. Joe lived in several Displaced Persons camps. While in a camp in England, a government program enabled him to attend a boarding school during the week. There, Joe played soccer and learned English which enabled him to help his family and community when they immigrated to the U.S., landing at Ellis Island when he was fifteen years old. Though just a teenager, as the only English speaker, he was central to his community and assisted many with documents, paperwork, and apartment rental agreements. For the rest of his life, he was revered by his community for all he did for them in that important transition.

At twenty-one, Joe joined the US Army and was assigned to duty in Europe. While stationed in Germany, he met his future wife, Joan Gallagher. Within a year, the two eloped in Switzerland. They returned to the states and moved in with Joe’s parents in Chicago. They started their own family and eventually moved to a two-flat on Chicago’s northside. After several years working in the roofing business, Joe started his own company. C & C Roofing, which included his brother, Walter, grew and prospered for over thirty-five years.

Though he lived many roles, Joe was defined by none of them. He was self-possessed and followed his own inner compass. He was humble but ambitious. He was a man who kept his cool. At home, he often paced, as he thought things through. His Achilles’ heel was others’ suffering. He was deeply affected by it and was materially and spiritually generous and built additions, repaired roofs, delivered food, and rescued stranded travelers. He gave jobs to people who needed them. He extended himself to others in fat and lean times alike.

Intellectually curious, Joe liked to read history. He was reflective about the world and enjoyed discussing the forbidden topics of religion and politics. He took in knowledge, the world, and the culture and allowed his views to evolve and change over the decades. He appreciated the changes in parenting between his own generation and that of his children and he was proud of the parents his children grew up to be.

Though a hard worker, Joe loved to play. A natural athlete, he enjoyed racquetball, golf, soccer, bowling, boating, and fishing. But mostly he enjoyed time on the patio with loved ones and a cigar, or Thanksgiving dinner with friends, family, and grandchildren.

With his wife of 63 years, Joan, he shared his final years living with their youngest daughter, Robin, and her family and found the role of full-time grandpa satisfying and enriching.

Joe is preceded in death by his father John, whom he greatly admired and described and remembered as strong and as a leader in difficult times. He is preceded, too, by his mother, Anna, and his brother, Walter. He leaves behind his wife, Joan, and their children Dorothy (Ed), Joe (Margie), Kate, Holly (Mark), and Robin (Dave) and thirteen grandchildren.

Offer Condolence for the family of Joseph Cholewa

When a death occurs a lot of emotions can come to the surface and confuse clear thought. Normal END_OF_DOCUMENT_TOKEN_TO_BE_REPLACED

Funeral and Cremation costs can be very confusing.  Often times other funeral & cremation providers will quote what seems like a low price, but actually they do not give you the complete costs and there will be hidden add on charges after you have chosen to utilize their services.  We have made it easier to understand by creating our: "No Hidden Fee Guarantee" package plans. These plans may include : Service Fees Merchandise Cemetery / Crematory Fees Cash Advances Taxes We guarantee that the price we give you over the phone or you see on this site, will be the price END_OF_DOCUMENT_TOKEN_TO_BE_REPLACED