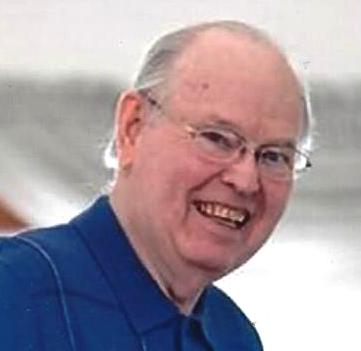 John Thomas “Tom” Adrianson, 91, of Joliet, Illinois, formerly of Battle Creek, Michigan, died August 19, 2018 at The Parc of Joliet Nursing Home. He was born December 25, 1926 in Battle Creek to Roy E. and Margaret (Mapes) Adrianson. Tom graduated from Battle Creek Central High School and Albion College, where he met the love of his life and wife of 69 years, Janine (DePew) Adrianson.

He served with the US Army occupation troops in Japan in World War II. He was a member of the Delta Sigma Phi fraternity, St. Thomas Episcopal Church, a past president of The National Management Association and The Battle Creek Optimist Club. He served on the Boards of the Salvation Army and the Battle Creek Council of Camp Fire Girls. His passions were his family and his music. He played trombone for 73 years and had an excellent singing voice. He was a founding member of The New Superior Jazz Band, played in the American Legion Band, Kellogg Community College Concert Band, Post Band, Marshall Community Band and The Lew Boyd Band, among others. During his career he was employed by Eatons, owned Commercial Bureau of Credits and retired from The School Employees Credit Union, all in Battle Creek.

He is survived by his wife, Janine, his sister Mrs. Harley G. (Marilyn Adrianson) Simmons, daughters Robin of Chicago, IL, Lisa (Garry) Gonzales and granddaughter Adrienne Gonzales of Bolingbrook, IL, sister-in-law Mrs. Gerald (JoAnn French) Adrianson, and several loving nieces, a nephew and their families. He was preceded in death by his parents and brother, Gerald M. Adrianson.

He will be best remembered for his warmth, kindness, wonderful sense of humor and the infectious joy he shared with his music. A memorial service will be held on Saturday, August 25th, at 2:00PM, in the Chapel of St. Thomas Episcopal Church, 16 E. Van Buren St., Battle Creek, followed by a reception in the Parish Hall until 4:30PM. Memorials in his remembrance may be made to the Battle Creek Salvation Army, St. Thomas Episcopal Church or the Battle Creek Central High School music department.

Offer Condolence for the family of John Thomas Adrianson

When a death occurs a lot of emotions can come to the surface and confuse clear thought. Normal END_OF_DOCUMENT_TOKEN_TO_BE_REPLACED

Funeral and Cremation costs can be very confusing.  Often times other funeral & cremation providers will quote what seems like a low price, but actually they do not give you the complete costs and there will be hidden add on charges after you have chosen to utilize their services.  We have made it easier to understand by creating our: "No Hidden Fee Guarantee" package plans. These plans may include : Service Fees Merchandise Cemetery / Crematory Fees Cash Advances Taxes We guarantee that the price we give you over the phone or you see on this site, will be the price END_OF_DOCUMENT_TOKEN_TO_BE_REPLACED