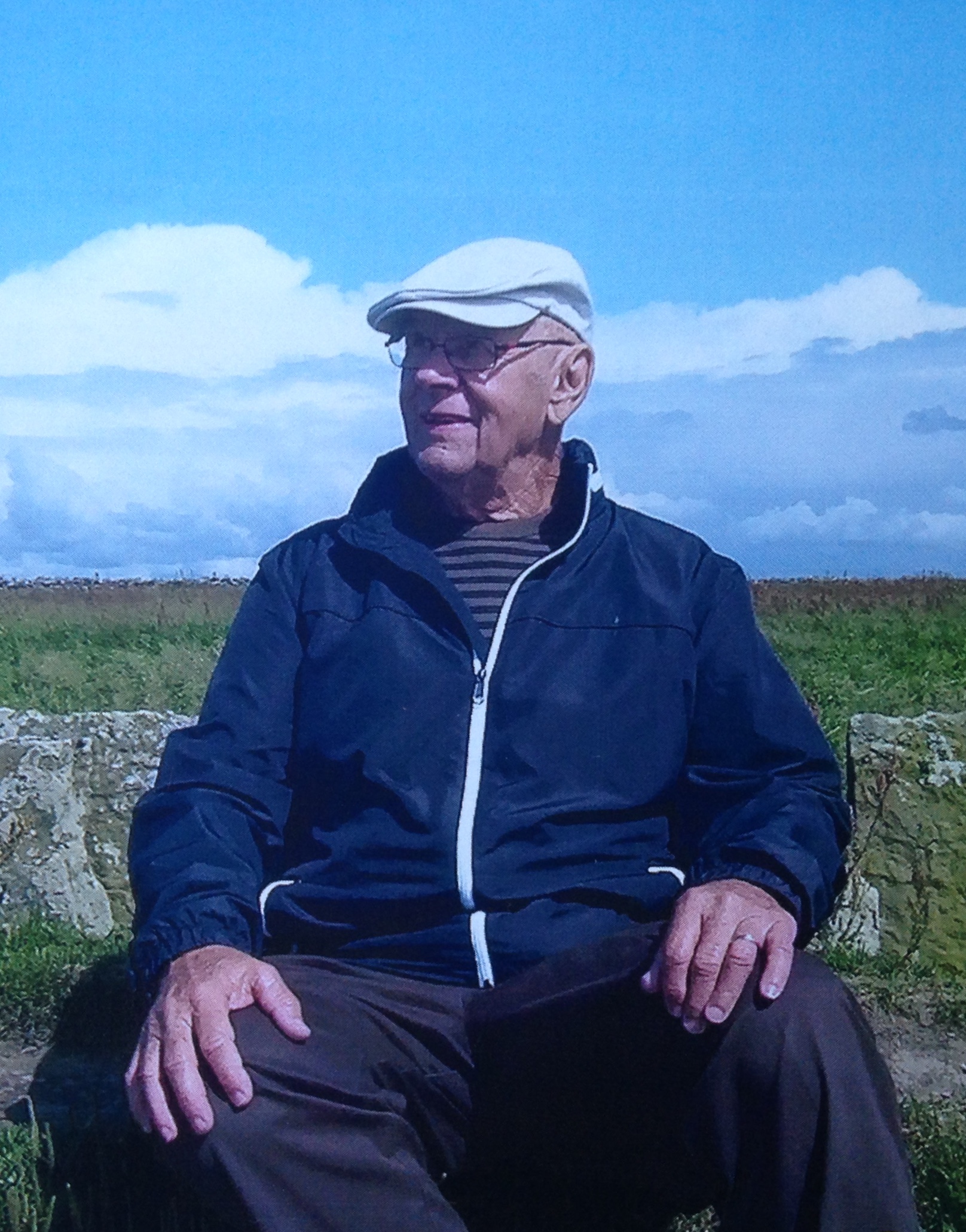 As he was often heard to say, “Life goes on, in unending song, amongst earth’s lamentations”.  John Joseph Kelly, 83, passed away peacefully, surrounded by his loving family on October 23, 2014. He is survived by his wife of 61 years, Frances (nee Carr), his children, Mary, Patrick, Jim and Kathleen, his siblings, Mary Donlan (Thomas), James Kelly (Mary), Patricia Arbogast and Joanne Court and many cousins, nieces and nephews.

During the years he shared with us, John left no stone unturned. From airman to engineer, astronomy to physics, canoe racing to bike riding, Alaska to Australia, Pogo to Lawrence Welk, Panera Bread to Two Brothers Brewery, Johnny Joe’s zest for life was boundless.

He was a PC pioneer, an avid archivist and an enthusiastic fan of Fermilab. A son, a brother, a husband, a father, an uncle, cousin and a friend, he touched us all with his legendary wit and charm.

An avowed animal lover, John was rarely seen without his beloved Cocker Spaniels, Midnight, and later, Geronimo. He enjoyed all of God’s creatures, large and small, and “rescued” many in his lifetime.

Countless memories of John sustain us, as we mourn the sudden loss of this kind, loving and thoughtful man. May perpetual light shine upon him.

“Who is Stacia Dollard?”

In lieu of flowers, memorial contributions may be made to PAWS Chicago  or Wildlife SOS .

Offer Condolence for the family of John Joseph Kelly

When a death occurs a lot of emotions can come to the surface and confuse clear thought. Normal END_OF_DOCUMENT_TOKEN_TO_BE_REPLACED

Funeral and Cremation costs can be very confusing.  Often times other funeral & cremation providers will quote what seems like a low price, but actually they do not give you the complete costs and there will be hidden add on charges after you have chosen to utilize their services.  We have made it easier to understand by creating our: "No Hidden Fee Guarantee" package plans. These plans may include : Service Fees Merchandise Cemetery / Crematory Fees Cash Advances Taxes We guarantee that the price we give you over the phone or you see on this site, will be the price END_OF_DOCUMENT_TOKEN_TO_BE_REPLACED