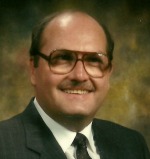 Jeffery Alan Smith of Plano, formerly of Downers Grove and Geneva, died June 17th at Seasons Hospice in Naperville from brain melanoma.  He was born December 12, 1946 in Herrin, IL to Joseph and Mildred (Lyons) Smith, growing up in Benton, IL.

Jeff was a proud graduate of Southern Illinois University in Carbondale where he studied accounting. He went on to a very successful career in Chicago at Exchange National Bank, Sears Roebuck and Co., the Options Exchange and Manufacturers Bank, where his main focus was technology as it applies to financial systems.  He then consulted in Florida and at County Bank in Merced, California.

Jeff enjoyed traveling, especially to Hawaii, where he vacationed many years.  He was very devoted to his dogs, Charlie and Henry.  His main hobby was always computers – fixing, tinkering, studying and building them.

A private celebration of life will be held in his honor.

Offer Condolence for the family of Jeffery Smith

When a death occurs a lot of emotions can come to the surface and confuse clear thought. Normal END_OF_DOCUMENT_TOKEN_TO_BE_REPLACED

Funeral and Cremation costs can be very confusing.  Often times other funeral & cremation providers will quote what seems like a low price, but actually they do not give you the complete costs and there will be hidden add on charges after you have chosen to utilize their services.  We have made it easier to understand by creating our: "No Hidden Fee Guarantee" package plans. These plans may include : Service Fees Merchandise Cemetery / Crematory Fees Cash Advances Taxes We guarantee that the price we give you over the phone or you see on this site, will be the price END_OF_DOCUMENT_TOKEN_TO_BE_REPLACED