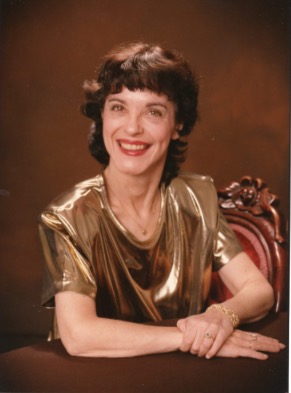 Janice Carole (Witek) Shonka, October 20, 1943 – October 16, 2017.  Janice was a resident of Naperville who passed away peacefully in the presence of her family from complications of pneumonia.

Janice was born in Chicago and moved to Lisle at a young age.  She attended elementary school at St. Joan of Arc in Lisle from 1949-1957.  She went on to graduate from high school at Sacred Heart (Benet) Academy in 1961.  In 1960 she was awarded the title Miss Lisle.  In February 1979, a car accident left her confined to a wheelchair, but she  continued to live life to the fullest, relocating to Las Vegas in the 1980’s.  She returned to Lisle in 1994 to live with family before moving to her own apartment in 2001.  In 2010 she moved into Meadowbrook Manor in Naperville.

Janice enjoyed bowling, music, crocheting, painting and anything artistic.  She contributed to the conservancy of wolves.  She was very good at writing poetry.  Janice was an amazing woman who rose above the obstacles in her way, touching many lives and will be greatly missed.

A private service will be held with the family, who wishes to thank Meadowbrook Manor Nursing and Rehabilitation and Edward Hospital for their care and support.

Offer Condolence for the family of Janice Shonka

When a death occurs a lot of emotions can come to the surface and confuse clear thought. Normal END_OF_DOCUMENT_TOKEN_TO_BE_REPLACED

Funeral and Cremation costs can be very confusing.  Often times other funeral & cremation providers will quote what seems like a low price, but actually they do not give you the complete costs and there will be hidden add on charges after you have chosen to utilize their services.  We have made it easier to understand by creating our: "No Hidden Fee Guarantee" package plans. These plans may include : Service Fees Merchandise Cemetery / Crematory Fees Cash Advances Taxes We guarantee that the price we give you over the phone or you see on this site, will be the price END_OF_DOCUMENT_TOKEN_TO_BE_REPLACED