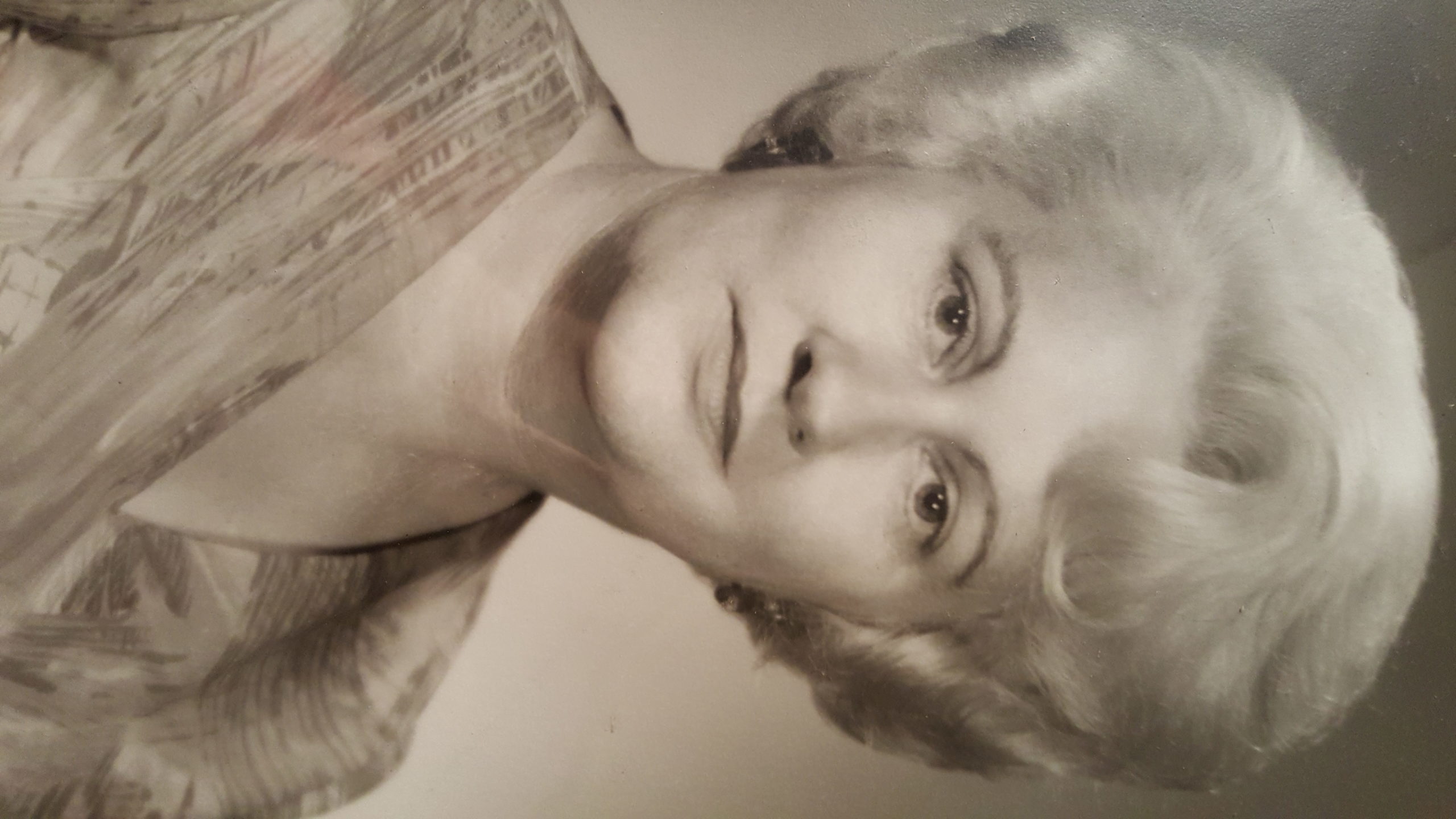 Harriett E. Gunn, 94, of Yorkville, IL, passed away on Thursday, December 22, 2016, with her family by her side at Hillside Rehabilitation and Care Center, Yorkville, IL. Harriett was born on April 17, 1922, in Loraine, IL and was the daughter of the late Garnett and Frances (Spalding) Gunn of Mendon, IL. She was married September 21, 1940, in St. Louis, MO, to Robert H. Bryant. Later she married Robert L. Miller on August 25, 1976 in Albuquerque, NM.

She graduated from Quincy High School in Quincy, IL and attended Culver-Stockton College in Canton, MO on a voice scholarship. She was an interior decorator for J. C. Penney in Quincy and Chicago; Henry G. Garrelts; Hildman and Bryden in Quincy, IL. Harriett was a former member of Altrusa Club of Quincy. Peoria Women’s Club President, PTA President and Girl Scout leader in Pontiac, IL.

During her life she loved gardening, traveling, antiquing, and decorating. She was a great bridge player into her late 80s.  Also a loyal St. Louis Cardinals fan and after moving to Chicago in 1998 became a devoted Chicago Bulls fan. Throughout her life she attended the First Congregational Church. She enjoyed spending time with her grandchildren, great-grandchildren, nieces and nephews, and friends especially at “The Farm” in Mendon, IL. She loved animals, especially her pugs.

The family wishes to sincerely thank the staff at Hillside Rehabilitation and Care Center and Journey Care Hospice.

Per Harriett’s wishes, there will be no visitation. A memorial service is pending at Beidelman-Kunsch Funeral Home, 24021 Royal Worlington, Naperville. Private family interment will be held this summer at Mendon Cemetery, Mendon, IL.

Also, per Harriett’s wishes, donations to the Mendon Cemetery (Maintenance Fund), c/o Hunter Funeral Home, 208 North State Street, Mendon, IL 62351 would be appreciated. You are invited to share memories of Harriett and leave condolences at www.hunterfuneralhomes.com.

Offer Condolence for the family of Harriett Gunn

When a death occurs a lot of emotions can come to the surface and confuse clear thought. Normal END_OF_DOCUMENT_TOKEN_TO_BE_REPLACED

Funeral and Cremation costs can be very confusing.  Often times other funeral & cremation providers will quote what seems like a low price, but actually they do not give you the complete costs and there will be hidden add on charges after you have chosen to utilize their services.  We have made it easier to understand by creating our: "No Hidden Fee Guarantee" package plans. These plans may include : Service Fees Merchandise Cemetery / Crematory Fees Cash Advances Taxes We guarantee that the price we give you over the phone or you see on this site, will be the price END_OF_DOCUMENT_TOKEN_TO_BE_REPLACED