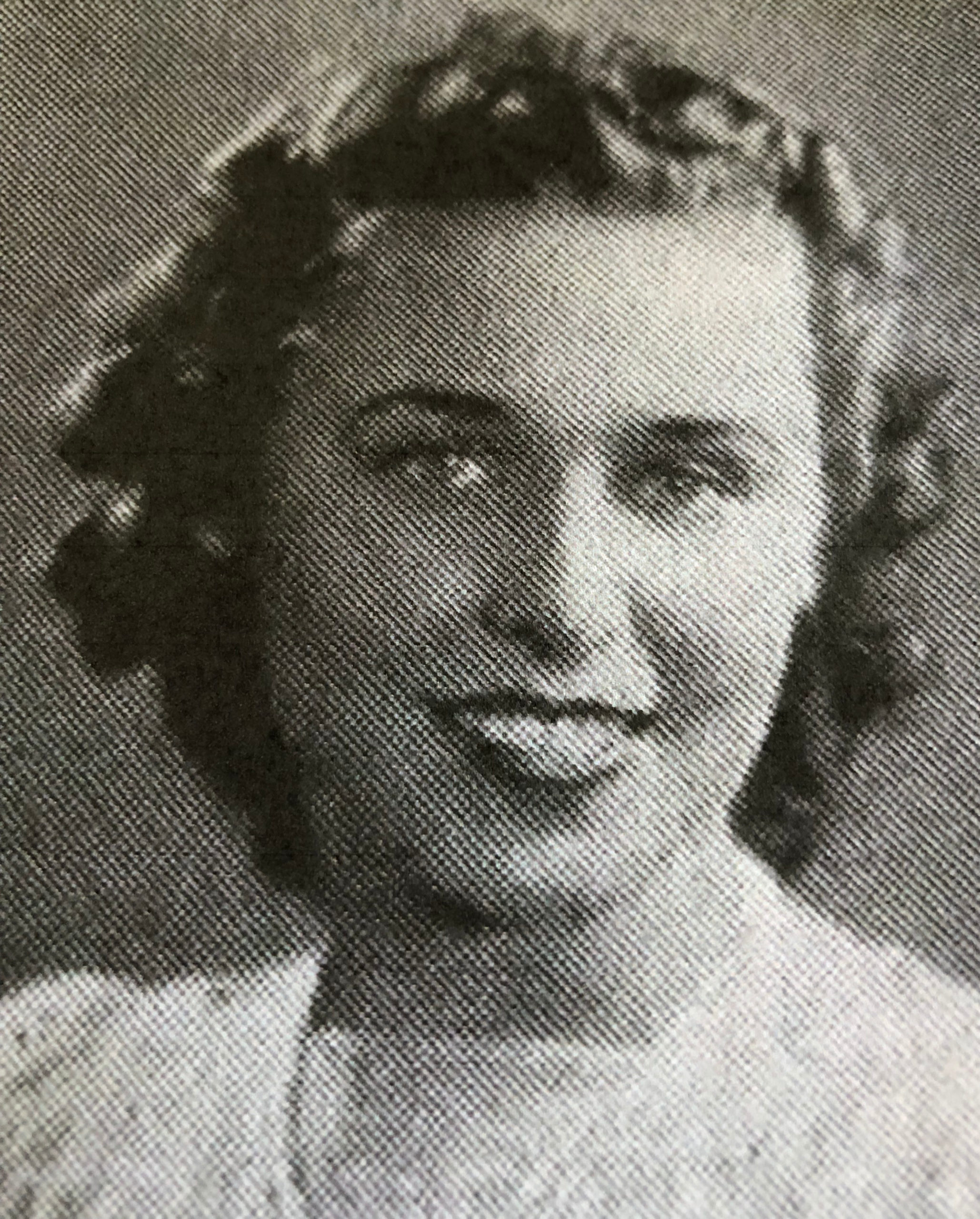 Harriet L. Muzik passed peacefully away on Thursday, August 1st, at the grand old age of 97! Harriet had been a resident of Beacon Hill Retirement/Assisted Living Community in Lombard, IL  for the past  9 years and under Hospice care since November.  On November 28, 1921, Harriet was born in Berwyn IL to Edna and John Gerski as the second of eventually four daughters.  After a two year legal secretary course at Morton Junior College,  Harriet went on to work in the legal departments of Montgomery Wards and Thor Washington Machine Company both located in downtown Chicago.

Harriet met her husband of 67 years,  Raymond Muzik of Riverside IL, shortly before he went off to serve in WW II for four years. As a married couple, they first lived in a Riverside apartment for a year or two , before buying a brand new tri-level in Westchester, IL .

In addition to raising  two daughters, Cheryl Ahlert and Donna Foy, Harriet was active in the Girl Scouts, a 21 year sales associate  of Marshall Fields ( blouse/accessories  departments)  located in Oak Brook,  later transitioning into becoming an Avon lady…..and at the age of 85, retired as the “oldest” Avon Lady in the State!  Harriet loved to read, enjoyed tending to her Cactus plant collection and sight of the Pansies in the spring.

Until Ray’s death in May, 2008, the couple enjoyed antiquing, being active members of the Koi Society, spending summer and fall months in a wonderful cottage on Little St. Germain Lake in WI for 25 years,  entertaining, and taking long Sunday afternoon drives……

Harriet will be laid to rest next to her husband ( with her parents close by) at the Fairmount Willow Hills Cemetery in Willow Springs on August 7th during a private ceremony. In lieu of a wake or a traditional funeral, a remembrance get-together will be hosted by daughter Cheryl and family at a date still to be determined sometime during the fall.

Donations in memory of Harriet may be made to: Pillars Community Health, a nonprofit provider of health, educational and social services, 23 Calendar Avenue, LaGrange IL 60525 by clicking the link; pillarscommunityhealth.org/donate.

Offer Condolence for the family of Harriet Muzik

When a death occurs a lot of emotions can come to the surface and confuse clear thought. Normal END_OF_DOCUMENT_TOKEN_TO_BE_REPLACED

Funeral and Cremation costs can be very confusing.  Often times other funeral & cremation providers will quote what seems like a low price, but actually they do not give you the complete costs and there will be hidden add on charges after you have chosen to utilize their services.  We have made it easier to understand by creating our: "No Hidden Fee Guarantee" package plans. These plans may include : Service Fees Merchandise Cemetery / Crematory Fees Cash Advances Taxes We guarantee that the price we give you over the phone or you see on this site, will be the price END_OF_DOCUMENT_TOKEN_TO_BE_REPLACED