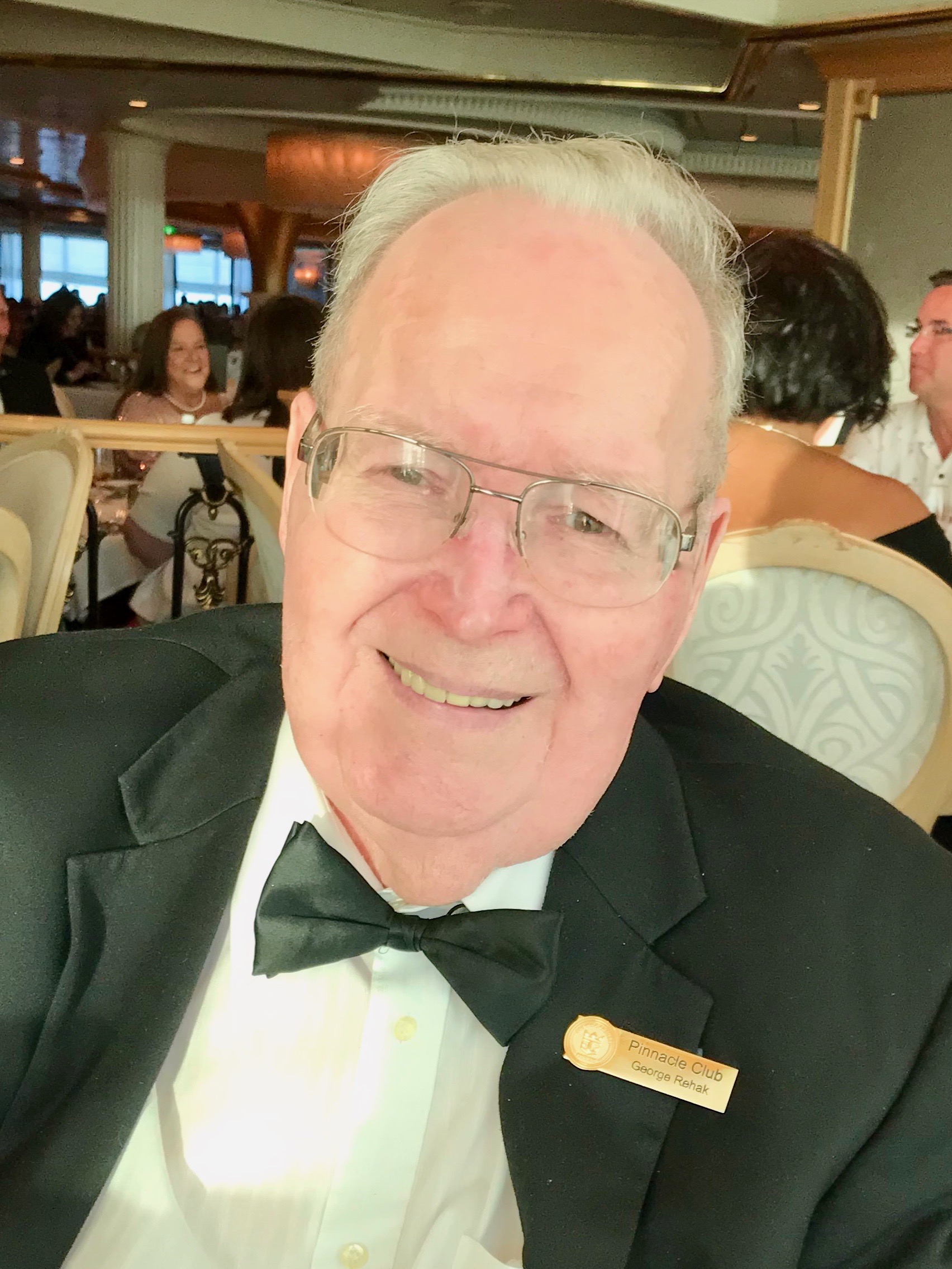 George R. Rehak, 88, passed away peacefully Tuesday, February 23, 2021 at his home in Darien, IL surrounded by his loving family.

George is survived by his devoted wife of 61 years, Joan Rehak (nee Kraatz). Loving father of Ronald of  Darien, daughter Linda (Dan) Devlin of Lemont and Alan of Plainfield. Dear brother of Bill (Judy) Rehak and Penelope Dillon. He was the doting grandfather of five grandchildren; Dana, Lauren, Tom, Sean Devlin and Ryan Rehak. Papa George was adored by his grand-puppies; Snickers, Molly, Macy and Louie.

He was preceeded in death by his parents, Joseph and Sophie Rehak, brother Joseph (Mary Ann) and twin brother Frank (Nancy) Rehak.

George was a Darien resident for 50 years. He retired at age 49 after 30 years of service with Western Electric. After his retirement, he went into the greenhouse business, Rehak’s Floral and Garden Center with his identical twin brother, Frank.

George was passionate about cruising the high seas with Royal Caribbean and attained their highest level as Pinnacle Member.

Offer Condolence for the family of George R. Rehak

When a death occurs a lot of emotions can come to the surface and confuse clear thought. Normal END_OF_DOCUMENT_TOKEN_TO_BE_REPLACED

Funeral and Cremation costs can be very confusing.  Often times other funeral & cremation providers will quote what seems like a low price, but actually they do not give you the complete costs and there will be hidden add on charges after you have chosen to utilize their services.  We have made it easier to understand by creating our: "No Hidden Fee Guarantee" package plans. These plans may include : Service Fees Merchandise Cemetery / Crematory Fees Cash Advances Taxes We guarantee that the price we give you over the phone or you see on this site, will be the price END_OF_DOCUMENT_TOKEN_TO_BE_REPLACED