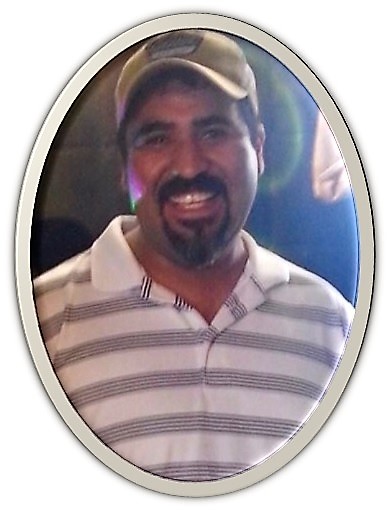 On Saturday, August 3, 2019, Francisco D. Salazar, loving husband and father of four children passed away at the age of 41 in Santa Rosa, New Mexico. Francisco was born on July 23, 1978 in San Luis Potosi, Mexico to Daniel and Catalina Salazar. He lived most of his late teens and the rest of his life in Chicago Illinois. He graduated from Thomas Kelly High School in 1997. On February 3, 2001, he married his high school sweetheart Mayra Morales. They later raised their four children, Maribel, Daniel, Fernando and Natalie. From high school he worked various jobs, to the very end having made his own company DNFM, which he named after his children. Francisco had a passion for various hobbies. Picking up his kids from school, taking his family out to eat or having his family join him to run errands for the company. From staying up late Saturday nights for boxing matches on TV, to making Sunday pancakes for his family. From spending time with his brother-in laws at work to spending time at home with his family. With a great smile and laugh he kept everyone at a stance of peace.

Francisco was preceded in death by his children Daniel and Natalie, along with his father in law Ramon, his brother, Rodolfo, and his two nephews, Ramon Leopoldo Morales and Roberto Garcia. He is survived by his wife Mayra, his daughter Maribel and his son Fernando. Along through his mother and father, Catalina and Daniel, his younger sisters, Maria and Adriana, along with their families.

The Salazar family has created a Go Fund Me page and would appreciate your help. Please click one of the links to support the family.

A million times we’ll need you all A million times we’ll cry, if love alone could have saved you all, you all would’ve never died. In life we loved you all dearly in death we love you still in our hearts you all hold a place that no one can ever fill. It broke our hearts to lose you all but you didn’t go alone, for part of us went with you the day God took you all home. Things will never be the same although it hurts so bad, we will smile whenever we hear your names and be proud you all were part of our family.

Offer Condolence for the family of Francisco Salazar

When a death occurs a lot of emotions can come to the surface and confuse clear thought. Normal END_OF_DOCUMENT_TOKEN_TO_BE_REPLACED

Funeral and Cremation costs can be very confusing.  Often times other funeral & cremation providers will quote what seems like a low price, but actually they do not give you the complete costs and there will be hidden add on charges after you have chosen to utilize their services.  We have made it easier to understand by creating our: "No Hidden Fee Guarantee" package plans. These plans may include : Service Fees Merchandise Cemetery / Crematory Fees Cash Advances Taxes We guarantee that the price we give you over the phone or you see on this site, will be the price END_OF_DOCUMENT_TOKEN_TO_BE_REPLACED