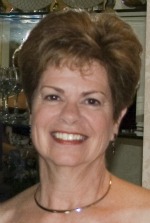 Lamont, Elinor (Ellie) Rosayln, nee Hausner passed away Monday, July 2, 2012 at her home in Lisle, IL at age 68 after a year long battle against cancer.  Ellie was born July 28, 1943 in Brooklyn, New York to Louis and Lucille Hausner, one of four siblings.  She was married to Edwin Burgess Lamont II (deceased) on Aug 6, 1967.  She attended Hofstra College, worked at American Airlines, and was president of Remedy and later Lamont Staffing.  She is survived by her three siblings Paul, Larry and Sharon; three children, Brad, Jeff and his wife Simone, and Liana and her husband Scott; and four grandchildren, Elena, Sara, Linden, and Emmett.  Memorial Services will be held Saturday, July 7 from 2-6pm at the Beidelman-Kunsch funeral home at 516 S Washington St, Naperville, IL 60540.  Ellie has requested that in lieu of flowers donations can be given to the American Cancer Society.

Offer Condolence for the family of Ellie Lamont

When a death occurs a lot of emotions can come to the surface and confuse clear thought. Normal END_OF_DOCUMENT_TOKEN_TO_BE_REPLACED

Funeral and Cremation costs can be very confusing.  Often times other funeral & cremation providers will quote what seems like a low price, but actually they do not give you the complete costs and there will be hidden add on charges after you have chosen to utilize their services.  We have made it easier to understand by creating our: "No Hidden Fee Guarantee" package plans. These plans may include : Service Fees Merchandise Cemetery / Crematory Fees Cash Advances Taxes We guarantee that the price we give you over the phone or you see on this site, will be the price END_OF_DOCUMENT_TOKEN_TO_BE_REPLACED