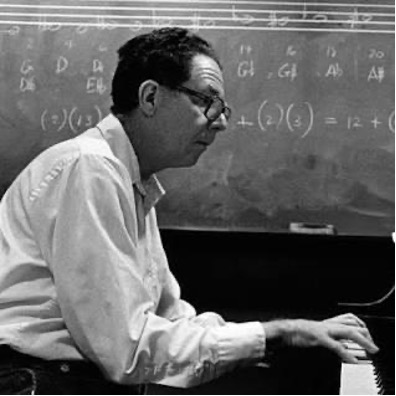 Easley Blackwood Jr. died on January 22, 2023. No close relatives survived him. Easley was born April 21, 1933, in Indianapolis, Indiana, to Easley, Sr. and Beecher Blackwood. His father, Easley Sr., was a noted contract bridge player, writer, and originator of the Blackwood convention. Easley, Jr. was an American professor of music, a concert pianist, a composer of music, some using unusual tunings, and the author of books on music theory, including his research into the properties of microtonal tunings and traditional harmony.

Blackwood mastered the piano in Indianapolis and made solo appearances at 14 with the Indianapolis Symphony Orchestra. He graduated from Yale University with a Master of Arts degree. From 1958 to 1997, Blackwood taught in the Department of Music at the University of Chicago with the titles of Professor and Professor Emeritus.

Easley was an outstanding musician, a concert pianist, and one of the few American composers who studied with three of the most renowned figures of the twentieth century, Olivier Messiaen and Nadia Boulanger in Paris and Paul Hindemith at Yale. His music theory classes at UChicago were legendary among generations of college students—he won the university’s Quantrell Award for Excellence in Undergraduate Teaching in 1970—and he continued to offer his signature courses for a decade after he retired in 1997.

As all who knew Easley will recall, he possessed an amazingly accurate ear, a capacity of which went well beyond mere perfect pitch. At the department’s annual holiday party, he would sing-whistle a Bach 2-part Invention (the D-minor) by himself and then play the one in F-major while seated backward at the piano.

Blackwood’s initial compositions were not particularly unconventional, although he employed polyrhythm and wide melodic contours in them. This early music by Blackwood was atonal yet formally conservative. In 1980–81 Blackwood shifted rather abruptly to a new style which, in 1982, yielded “Twelve Microtonal Etudes for Electronic Music Media.” His compositions after this point moved toward a late-19th-century tonality; he likened its harmonic syntax to Verdi, Ravel, and Franck.

As a performer at the piano, Blackwood played diverse compositions and promoted the music of Charles Ives, Pierre Boulez, and the Second Viennese School. In addition to his solo piano performances, Blackwood was a pianist in the chamber group Chicago Pro Musica, mainly comprised of Chicago Symphony Orchestra members.

Blackwood is known for his book, The Structure of Recognizable Diatonic Tunings, published in 1985. Cedille Records released several recordings of his music.

Memorials can be directed to The Department of Music, University of Chicago, 1010 E. 59th Street, Chicago, IL  60637 or online by clicking: Dept of Music.

Offer Condolence for the family of Easley Blackwood Jr

When a death occurs a lot of emotions can come to the surface and confuse clear thought. Normal END_OF_DOCUMENT_TOKEN_TO_BE_REPLACED

Funeral and Cremation costs can be very confusing.  Often times other funeral & cremation providers will quote what seems like a low price, but actually they do not give you the complete costs and there will be hidden add on charges after you have chosen to utilize their services.  We have made it easier to understand by creating our: "No Hidden Fee Guarantee" package plans. These plans may include : Service Fees Merchandise Cemetery / Crematory Fees Cash Advances Taxes We guarantee that the price we give you over the phone or you see on this site, will be the price END_OF_DOCUMENT_TOKEN_TO_BE_REPLACED