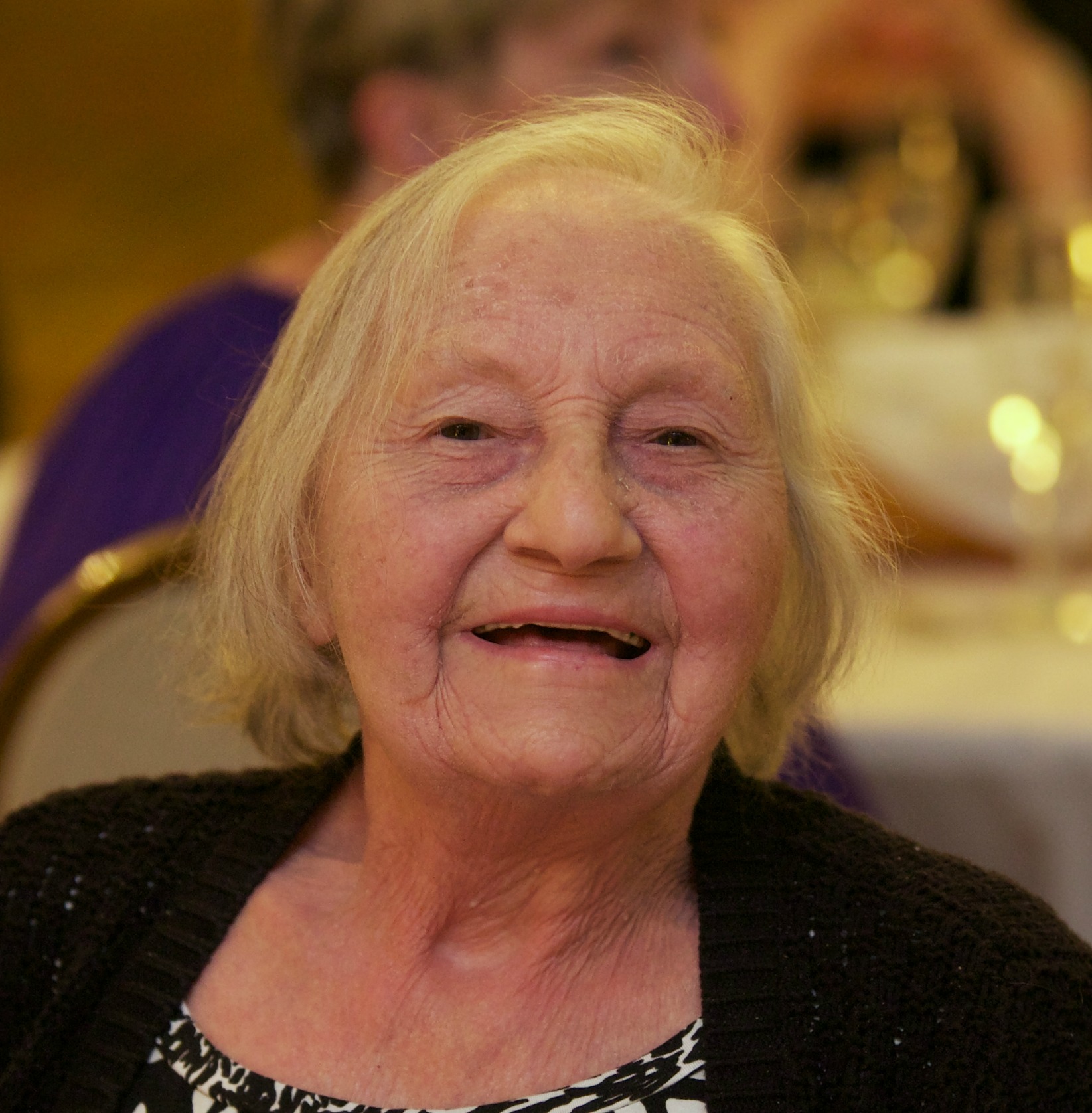 Dorothy grew up a country girl in Iowa. During the 1930s, she played softball for the Columbia, Belinda, and the Lucas Merchantettes with sisters Agnes and Mary. The three sisters were later inducted into the Women’s Iowa Softball Hall of Fame in 1981.

After retiring from softball in 1938, Dorothy moved to Chicago with her sister Gladys. She worked in factories and was blessed with her three children: Tom, Shirley, and Chuck.

Dorothy retired at the age of 62. In 1987, Dorothy moved in with Shirley’s family to help take care of her two grandsons, Corey and Michael. She moved with the family from North Riverside to Plainfield; Plainfield to Goshen, New York; and then back to Plainfield in 1993, where she spent the rest of her life taking care of her family.

Being active was important to Dorothy, and she participated in activities that kept her close with her family. She bowled with her daughter Shirley, her son Chuck, and her niece Diana in Cicero during the 1970s and 1980s. Dorothy also played recreational softball with Shirley and was coached by Frank, her son-in-law. Later on in her life, she assisted her grandsons and their friends with their baseball skills, hitting and throwing the ball around with them. As she grew older, Dorothy continued to keep her mind sharp through doing crossword puzzles, jigsaw puzzles, and watching Jeopardy.

To say Dorothy was selfless is an understatement; she lived to help others. She loved watching her grandsons play football and especially baseball, where she saw the effects of her practices with them. She claimed to be a fan of all Chicago sports teams, but this was a compromise, especially in a house of White Sox fans. Closest to Dorothy’s heart was her beloved Chicago Cubs. Her generosity expanded beyond her family, and her ham sandwiches were famous amongst her grandchildren’s friends and classmates. She truly was “Grandma” to all.

Funeral Services will be held on Friday, 10:30 am at Beidelman-Kunsch Funeral Home, 24021 Royal Worlington Dr. (on Rt. 59) Naperville. Visitation Thursday 3-8 pm. Cremation will be private.

Offer Condolence for the family of Dorothy Harbert

When a death occurs a lot of emotions can come to the surface and confuse clear thought. Normal END_OF_DOCUMENT_TOKEN_TO_BE_REPLACED

Funeral and Cremation costs can be very confusing.  Often times other funeral & cremation providers will quote what seems like a low price, but actually they do not give you the complete costs and there will be hidden add on charges after you have chosen to utilize their services.  We have made it easier to understand by creating our: "No Hidden Fee Guarantee" package plans. These plans may include : Service Fees Merchandise Cemetery / Crematory Fees Cash Advances Taxes We guarantee that the price we give you over the phone or you see on this site, will be the price END_OF_DOCUMENT_TOKEN_TO_BE_REPLACED