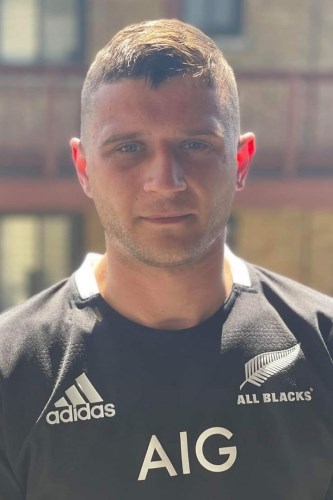 Daniel Barrott, passed away on March 19, 2022 in Rosemont, IL. He was born in New Zealand on May 14, 1994. He was a talented musician, playing the piano and organ at several local churches. He was a wonderful older brother to his sisters, Kaitlin and Zoe, and his little brother, Angus. He is also survived by his parents, Grant and Debbie Barrott of New Zealand; grandparents Beryl Barrott, Everett and Joyce Nesseler, and Mike and Sally Dahm. He had many special aunts, uncles and cousins including Nicole and Patrick Perion, Seth and Kara Dahm and Leslie and Reid Adamson. Also, very special friends, Curtis and Alex Fischer-Delschlaeger and Jim and Angie McKillip. He was preceded in death by his mother, Angela Lawson, and his grandfather, Bryan Barrott.

Friends and family are invited to attend A Celebration of Life at Church of Peace in Rock Island, Friday, April 22 at 10:00 A.M. This will be followed by a non-hosted celebration at Riverfront Grille in Rock Island.

Offer Condolence for the family of Daniel Barrott

When a death occurs a lot of emotions can come to the surface and confuse clear thought. Normal END_OF_DOCUMENT_TOKEN_TO_BE_REPLACED

Funeral and Cremation costs can be very confusing.  Often times other funeral & cremation providers will quote what seems like a low price, but actually they do not give you the complete costs and there will be hidden add on charges after you have chosen to utilize their services.  We have made it easier to understand by creating our: "No Hidden Fee Guarantee" package plans. These plans may include : Service Fees Merchandise Cemetery / Crematory Fees Cash Advances Taxes We guarantee that the price we give you over the phone or you see on this site, will be the price END_OF_DOCUMENT_TOKEN_TO_BE_REPLACED