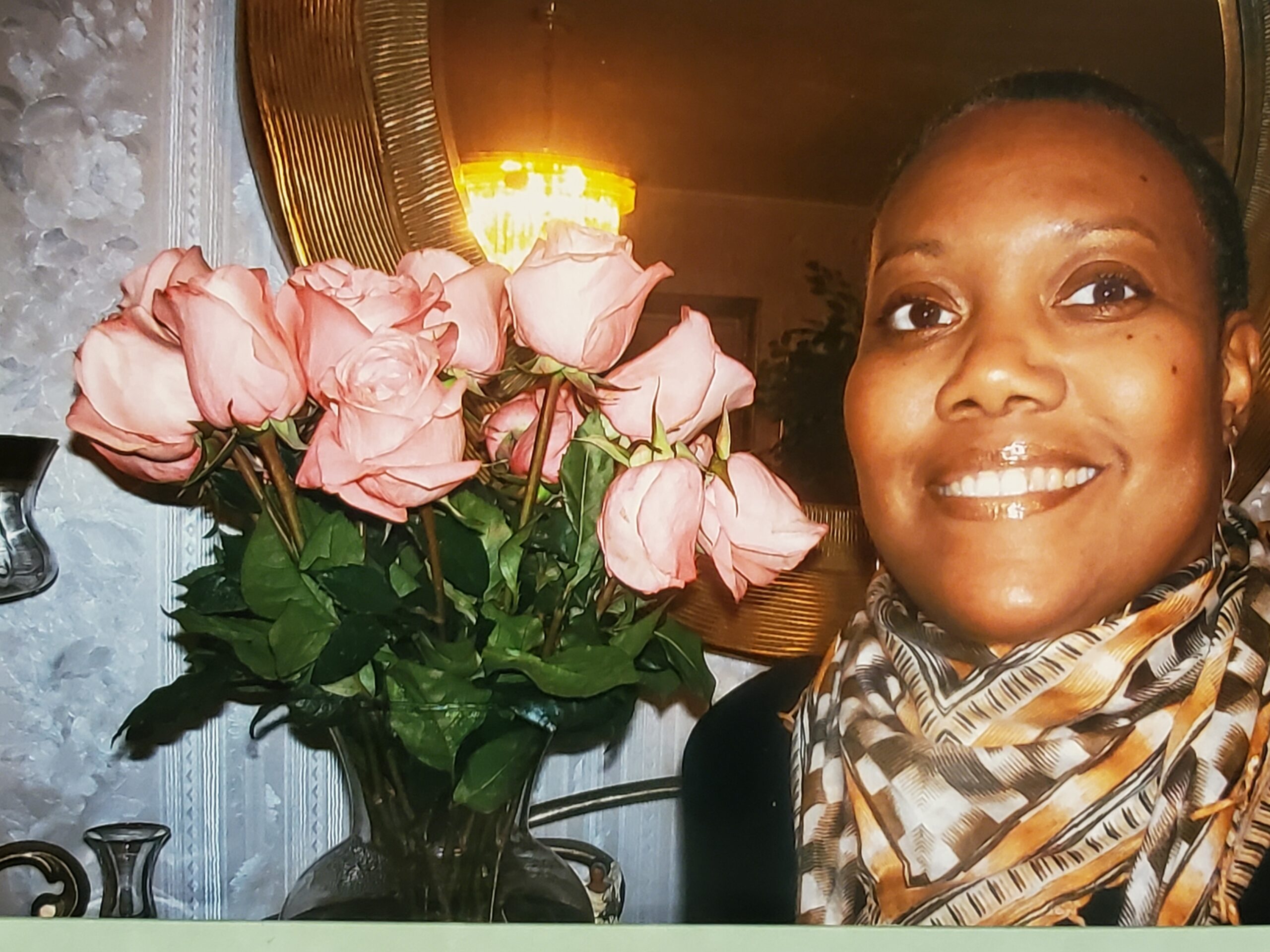 Crystal Neavins Merritt, passed away on September 22, 2021. Crystal Neavins-Merritt was born in Chicago, IL on April 2, 1965 to Otis and Jane Neavins. She was a beautiful bundle of joy, weighing in at 11 pounds. Her mom lovingly called her honey.

She attended Marillac House and Our Lady of Sorrows in her early years. After moving to Bellwood, IL she attended Roosevelt Middle School.  Crystal is a proud graduate of Proviso West. She continued her education at Wilma Boyd School of Travel in Pittsburgh, PA.
Crystal met a young man,  Shentel Merritt, and they were united in holy matrimony on May 23, 1998. To this union one daughter was born. Jade S. Merritt  was welcomed into the family on October 2, 2000. Crystal worked at. UPS during her single years. The newly weds moved to Fort Bragg Army Base in Fayetteville, NC to begin their marriage.  Upon returning to Illinois Crystal was employed by Hilton Hotels and later the Marriott Renaissance.  Crystal was happy child growing  into a beautiful woman. Blessing her family and friends with her beautiful  smile is the way she will be remembered. She accepted Jesus Christ as her personal Savior and acknowledged her faith openly.

Crystal made her transition on September 22, 2021. Her grandparents and several cousins preceded her in death.

Offer Condolence for the family of Crystal Merritt

When a death occurs a lot of emotions can come to the surface and confuse clear thought. Normal END_OF_DOCUMENT_TOKEN_TO_BE_REPLACED

Funeral and Cremation costs can be very confusing.  Often times other funeral & cremation providers will quote what seems like a low price, but actually they do not give you the complete costs and there will be hidden add on charges after you have chosen to utilize their services.  We have made it easier to understand by creating our: "No Hidden Fee Guarantee" package plans. These plans may include : Service Fees Merchandise Cemetery / Crematory Fees Cash Advances Taxes We guarantee that the price we give you over the phone or you see on this site, will be the price END_OF_DOCUMENT_TOKEN_TO_BE_REPLACED