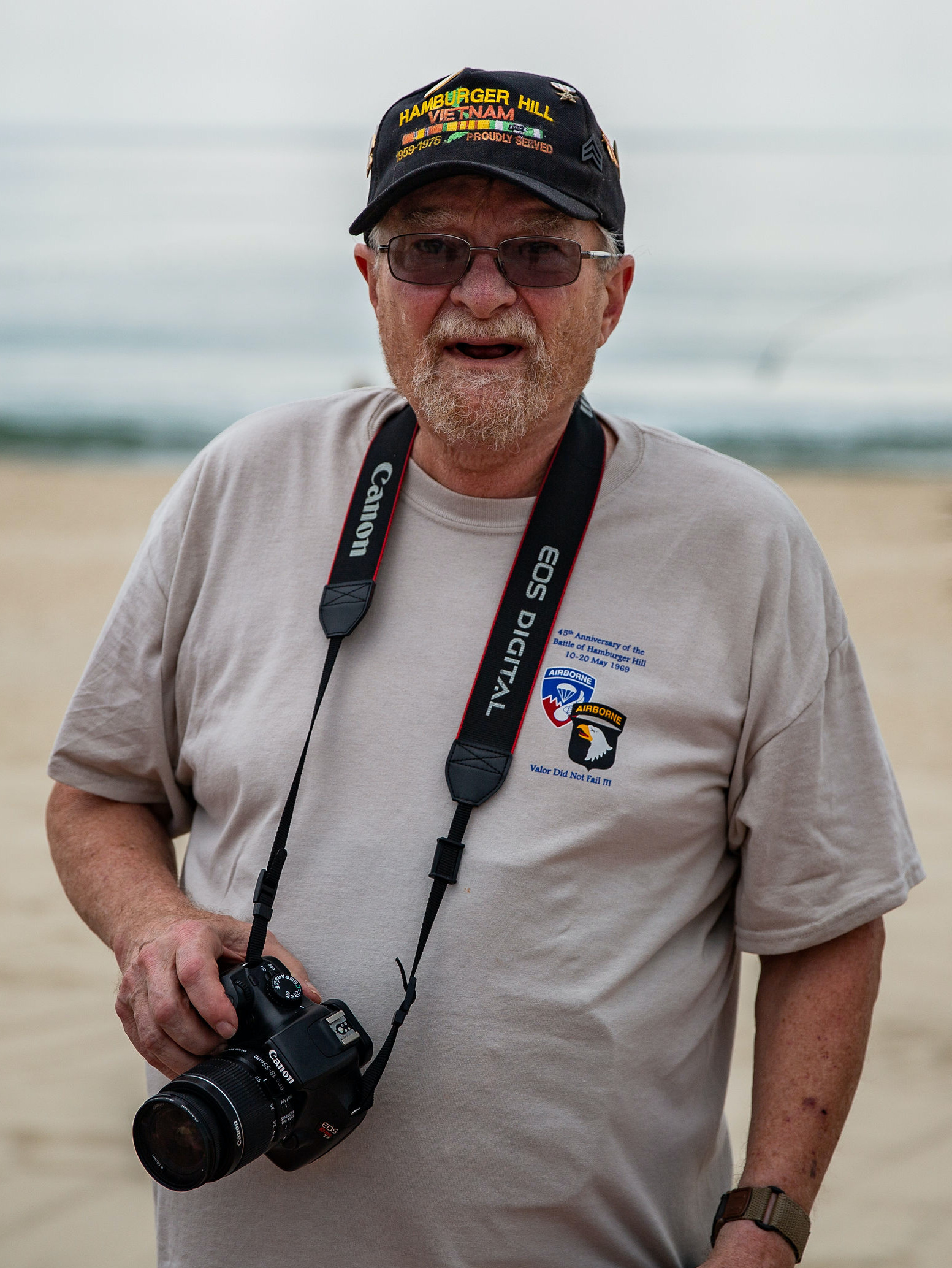 Visitation will be on Sunday, November 17, 2019 from 12 Noon until 4 pm at Maher Funeral Home, 17101 71st Ave. (1 block East of Harlem Ave. on 171st Street), Tinley Park, IL 60477. Burial will be held at a later date at Arlington National Cemetery. In lieu of flowers memorials in Chuck’s memory may be made by clicking  www.rakkasanassociation.org .

Chuck grew up in Chicago – 109th & Wentworth in the Roseland Neighborhood. Later they moved to Burnham. He was very close to his Uncle John who lived close by.

Married in 1972 to Margie. They built their home in Richton Park and were blessed with two daughters, Beth and Jamie. He worked as a police officer part time while working as a Draftsman for Com Ed. Ultimately he found a full time position in Corporate Security with Com Ed.
Chuck was an avid fisherman and stumbled upon Kentucky Lake. He fished tournaments & made many local friends. They bought a piece of property and a mobile home that became their vacation getaway. As kids, we came to the Lake for summers & holidays. Lake life has always been our home away from the city. Chuck hunted throughout the area (Beth often hunted with him) & ultimately purchased his own hunting parcel not so far from the house.
Neighbors from Richton Park often came down to visit. Bill Sassamon moved down & they hung out regularly; doing miscellaneous projects, construction, gardening, painting, hunting etc. Chuck & Bill were known to be a helping hand to all around & an influence (both positive and negative, lol) to many.
nicknamed Chuckles by his son in law Ed or ‘Chicago Chuck’ by his southern friends. Speaking his mind and being known for it, Chuck wasn’t always ‘liked’, but he was certainly ‘LOVED’. He was certainly generous to all that knew him.
Our dad was also a ‘collector of everything’ . From challenge coins to hats & pins … to tools, motorcycles, movies, Vietnam memorabilia, and more. He enjoyed spending time with his granddaughters Olivia and Cora & teaching them how to fish. They rode the golf cart, drove the boat, operated the 4 wheeler and learned how to target shoot out at ‘the farm’.
8 year Cancer Survivor, however the effects of the cancer treatments seemed to permanently scar him. His ultimate highlight was returning to Vietnam last May withJamie on the 50 year anniversary of the Battle of Hamburger Hill. Along with active duty military and other Vietnam Veterans, Chuck was able to climb The Hill again, this time holding the hands of both active duty US military and those once known as the enemy.
Wednesday’s service was nothing short of amazing. We loved hearing how my dad touched so many different people & influenced the soldiers of past & present. The stories shared were simply priceless. I am in awe and immensely humbled. Chuck’s departure has truly left a small hole in many hearts.

Chuck has served actively with the Association.  He has held offices in both the Lester Hammond (Illinois) and Torii Chapters (Life Member).  After many years of collecting names and addresses of the Vets he served with, he was able to help form the Weldon F. Honeycutt Hamburger Hill Chapter, where he is a Charter Member.  He has also worked extensively with the National Archives, compiling a list of names of Vietnam Era Rakkasan Vets to be added to our Pylon. He ia also a proud recipient of the DMOR.

Chuck works closely with the Rakkasans and with 3-187, the Battalion he served with in Vietnam. He has frequently volunteered time to speak to the Soldiers who are preparing to deploy.  Additionally, his hobby of woodworking has helped support the Brigade by building wooden Toriis and wooden Memorial Boxes (boxes for the bullet casings after the 21 gun salute) for the families of deceased Soldiers and was responsible for compiling the Rakkasan Association Life Plaques.

To listen to an interview with Chuck please click the link West Point Center or Hamburger Hill.

Offer Condolence for the family of Chuck Vander Luitgaren

When a death occurs a lot of emotions can come to the surface and confuse clear thought. Normal END_OF_DOCUMENT_TOKEN_TO_BE_REPLACED

Funeral and Cremation costs can be very confusing.  Often times other funeral & cremation providers will quote what seems like a low price, but actually they do not give you the complete costs and there will be hidden add on charges after you have chosen to utilize their services.  We have made it easier to understand by creating our: "No Hidden Fee Guarantee" package plans. These plans may include : Service Fees Merchandise Cemetery / Crematory Fees Cash Advances Taxes We guarantee that the price we give you over the phone or you see on this site, will be the price END_OF_DOCUMENT_TOKEN_TO_BE_REPLACED