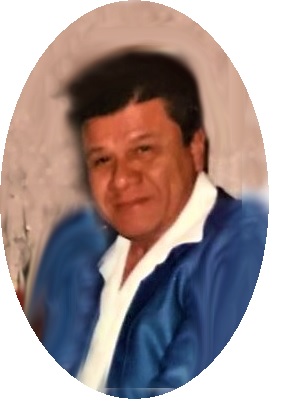 Alejandro was a strong Catholic and devotee of Our Lady of Guadalupe. He was a lover of the arts. It’s possible that in another lifetime he was philosopher, as he was always quoting philosophers like Pythagoras of Samos, a 570 BC political and religious philosopher as well as Aristotle and Plato. Education, philosophy, and history were his great passions. Alejandro was born on May 3, 1952 and died at age 66 on February 27, 2019.

As a lover of the humanities and the arts, Alejandro valued education, philosophy, and history. He was goal oriented and always managed to accomplish every one of his goals. Once he made up his mind on something, there was no turning back. Friends and family will remember him most for his love of life in addition to his love for his family. Although his mother died when he was a kid no older than 12 years old, he always remembered his mother Virginia Valle, whom he now joins, with great love and admiration. Alejandro always remembered his father Sebastian Agüero, whom he is also now joining, with the utmost respect. His stories on his long and hard journey to the U.S. have left footprints on our lives.

As an oral historian of his own, our father liked to tell stories of his migration process to the U.S., of Mexican history, and of patriotism. My first memory of a story on patriotism is related to the story of Los Niño Héroes. It’s the story of six brave young boys who fought valiantly for their country during what’s known as the Battle of Chapultepec in the Mexican-American War. Tragically, they died that September day in 1847.

It’s a story my father loved to tell when my siblings and I were younger. And, it’s a story that caught the attention of many prominent Americans, such as Abraham Lincoln, John Quincy Adams and Harry Truman. The rationale for the invasion of Mexico has been questioned by many throughout the years and considered to be an unjust war.

This particular story behind a flag is one of power — or the lack thereof, great love and admiration for nationalism, and a symbol of what young boys are willing do for the love of their home country. The actions of one young boy in particular who wrapped himself up in the Mexican flag before falling to his death romanticized this ideal of patriotism & nationalism even further. I think all would agree that my father would have loved to be that boy in that story.

Today we close a chapter in our lives, but as children of an immigrant family, we will continue to honor my father’s memory by aiding those in need and by instilling in our own children the love for education, culture, history, and respect for difference. We will teach our children how to be heroic by mediating nationalism with humanism to be able to listen to others’ stories without bias to help create peace where there is none.

Offer Condolence for the family of Alejandro Agüero Valle

When a death occurs a lot of emotions can come to the surface and confuse clear thought. Normal END_OF_DOCUMENT_TOKEN_TO_BE_REPLACED

Funeral and Cremation costs can be very confusing.  Often times other funeral & cremation providers will quote what seems like a low price, but actually they do not give you the complete costs and there will be hidden add on charges after you have chosen to utilize their services.  We have made it easier to understand by creating our: "No Hidden Fee Guarantee" package plans. These plans may include : Service Fees Merchandise Cemetery / Crematory Fees Cash Advances Taxes We guarantee that the price we give you over the phone or you see on this site, will be the price END_OF_DOCUMENT_TOKEN_TO_BE_REPLACED