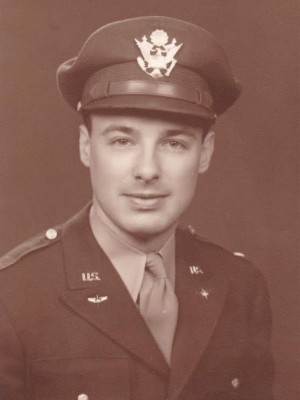 Abner served 4 years as a major in the US Army Air Transport Command in North Africa during World War II. Just after the war, in 1948, he married the love of his life Helen Scranton, whom he met when they were both employed by United Airlines. In 1950 his executive career began with Allstate Insurance Company. From an early age Ab had a great passion for travel which took Ab and Helen on many trips to exotic locales. After an early retirement he began a second career of voluntary service with the International Executive Service Corp as country director in Jakarta, Indonesia and Nairobi, Kenya and some smaller assignments in Poland, Yemen and Jordan.

The remainder of his life he enjoyed spending time with family and friends.

Abner was preceded in death by a son, Christopher Smith and a sister, Charlotte Cowles.
No formal services are planned at this time.

Memorial contributions can be made to Hope Hospice, 9470 Healthpark Circle, Ft. Myers, FL 33908.

Offer Condolence for the family of Abner Smith

When a death occurs a lot of emotions can come to the surface and confuse clear thought. Normal END_OF_DOCUMENT_TOKEN_TO_BE_REPLACED

Funeral and Cremation costs can be very confusing.  Often times other funeral & cremation providers will quote what seems like a low price, but actually they do not give you the complete costs and there will be hidden add on charges after you have chosen to utilize their services.  We have made it easier to understand by creating our: "No Hidden Fee Guarantee" package plans. These plans may include : Service Fees Merchandise Cemetery / Crematory Fees Cash Advances Taxes We guarantee that the price we give you over the phone or you see on this site, will be the price END_OF_DOCUMENT_TOKEN_TO_BE_REPLACED